DNaseI footprinting is an established assay for identifying transcription factor (TF)-DNA interactions with single base pair resolution. High throughput DNase-seq assays have recently been used to detect in vivo DNase footprints across the genome. Multiple computational approaches have been developed to identify DNase-seq footprints as predictors of TF binding. However, recent studies have pointed to a substantial cleavage bias of DNase and its negative impact on predictive performance of footprinting. To assess the potential for using DNaseI to identify individual binding sites, we performed DNase-seq on deproteinized genomic DNA and determined sequence cleavage bias. This allowed us to build bias corrected and TF specific footprint models. The predictive performance of these models demonstrated that predicted footprints corresponded to high confidence TF-DNA interactions. Here we present our mixture modeling framework to train multinomial based footprint models and assign footprint likelihood scores to each candidate binding site.

Package Source for Linux Users can be downloaded from: FootprintMixture.tgz 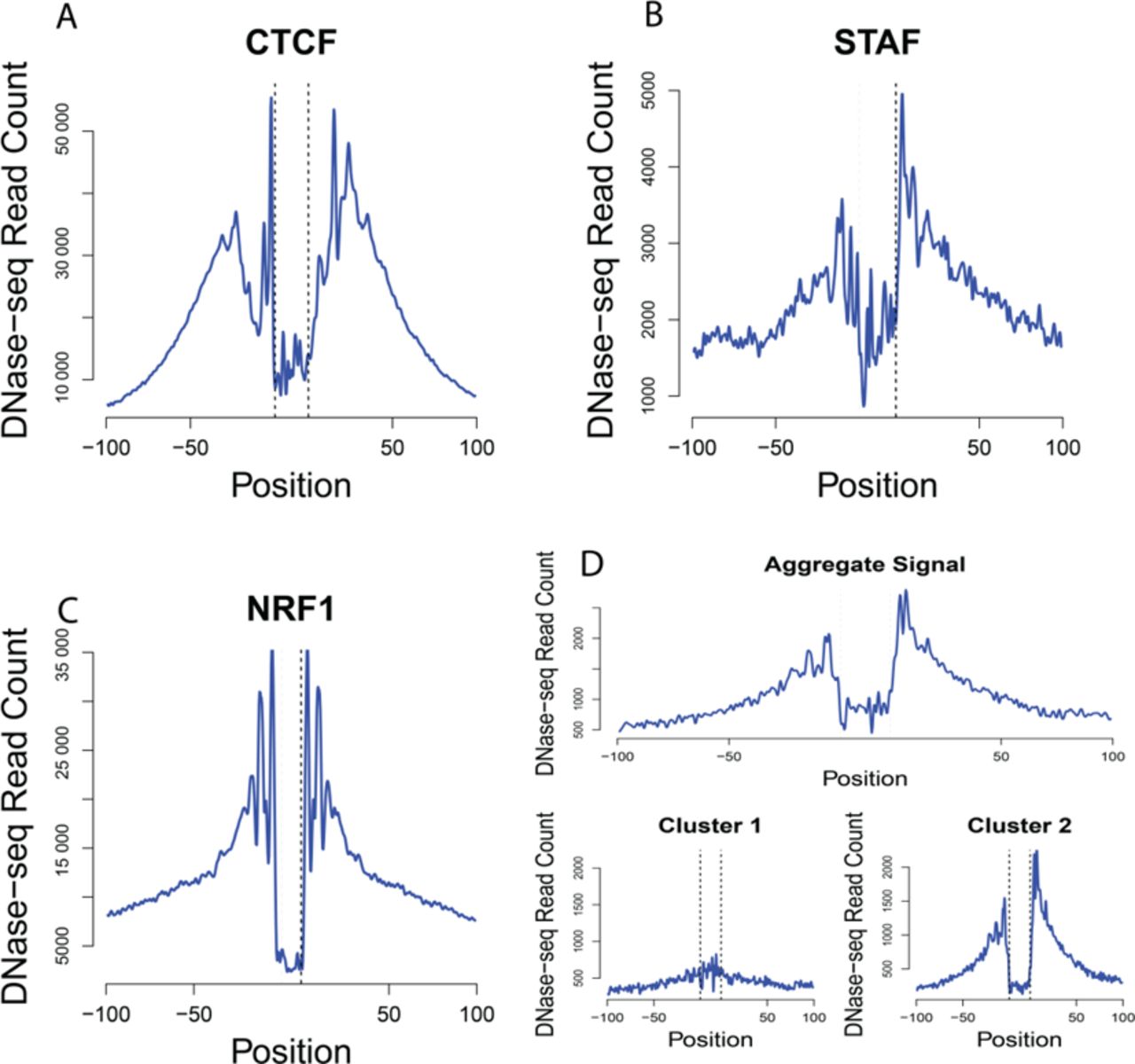 Extract the contents of tarball into same directory.

To run the model, MixtureModel.r script needs to loaded to memory by

Tarball comes with example data and example script that runs the model on example data. To train the model, three types of data are needed:

The coordinates of candidate binding sites in bed format (bed.data.txt).

PadLen argument corresponds to the width of the window that surrounds the binding site on both sides (upstream and downstream). The default value of 25bp was used which may be changed.

Argument ‘k’ corresponds to number of mixture components. This value is normally set to two for training background and footprint components. It may be set to higher values to detect any meaningful variation in the footprint model (explained in the manuscript).

Argument ‘Background’ determines the initialization of background component of mixture model. This component may be initialized to be uniform (Background=”Flat”) or the profile that’s estimated from DNase-seq sequence bias (Background=”Seq”). If background model is estimated from sequence bias, DNA sequence surrounding each candidate binding site supplied in TF_Bed argument needs to be supplied with FastaName argument.

Note: In some operating systems the command “shell” in the script MixtureModel.r might need to be replaced with the command “system”.