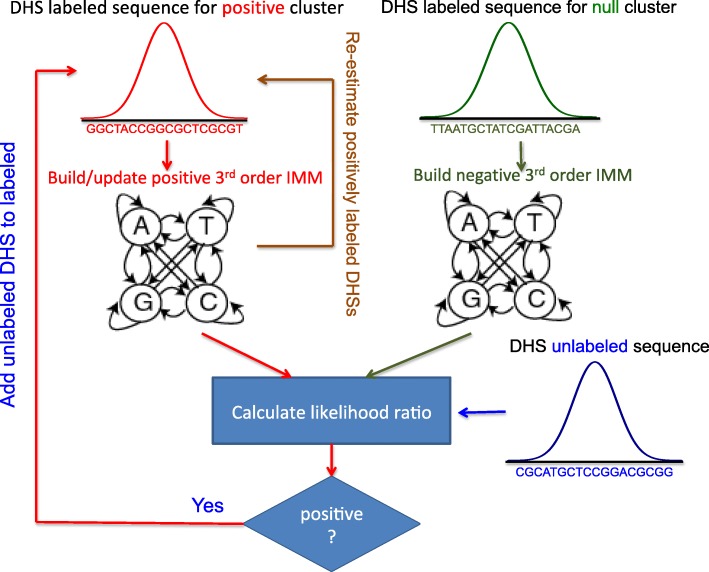 Schematic representation of McEnhancer. Starting with known DHS-gene pairs assigned to a given cluster, it builds a third-order IMM to represent sequence features in DHSs for the positive cluster (colored red). It builds another IMM to represent the null model. In iterative rounds, the model loops on all unlabeled DHSs, calculates log likelihood ratio, and assigns a class label to each unlabeled DHS accordingly. After it finishes looping on all unlabeled DHSs, it adds the newly assigned positive DHSs to the positive cluster and re-estimates IMM parameters.

Data, code and analysis results for the assignment of enhancers to target genes.

The code can be found at https://github.com/dinahafez/McEnhancer.