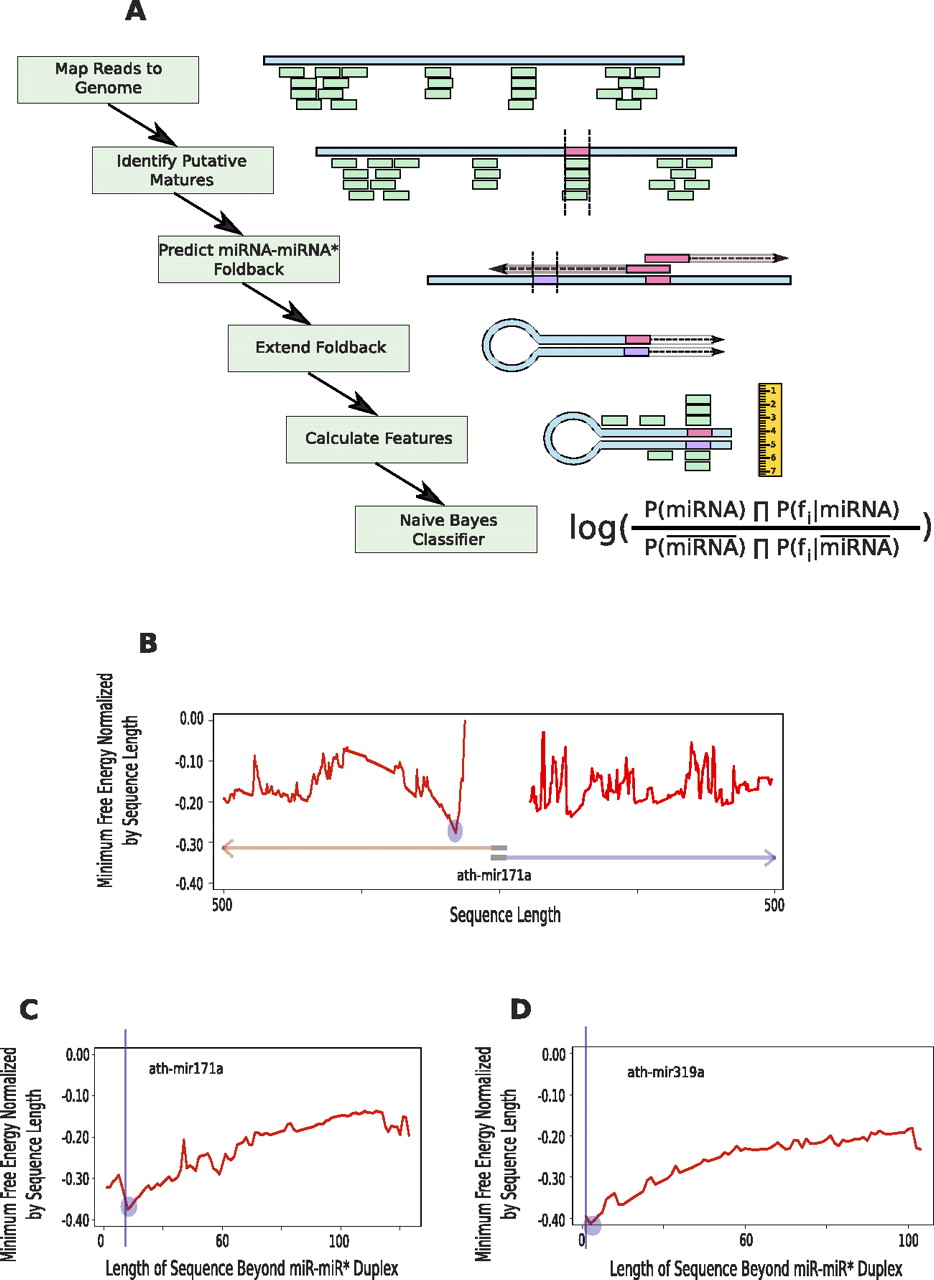 Small non-coding RNAs (ncRNAs) are key regulators of plant development through modulation of the processing, stability, and translation of larger RNAs. We present small RNA data sets comprising more than 200 million aligned Illumina sequence reads covering all major cell types of the root as well as four distinct developmental zones. MicroRNAs (miRNAs) constitute a class of small ncRNAs that are particularly important for development. Of the 243 known miRNAs, 133 were found to be expressed in the root, and most showed tissue- or zone-specific expression patterns. We identified 66 new high-confidence miRNAs using a computational pipeline, PIPmiR, specifically developed for the identification of plant miRNAs. PIPmiR uses a probabilistic model that combines RNA structure and expression information to identify miRNAs with high precision. Knockdown of three of the newly identified miRNAs results in altered root growth phenotypes, confirming that novel miRNAs predicted by PIPmiR have functional relevance.

We developed the PIPmiR algorithm to identify novel plant miRNA genes from a combination of deep sequencing data and genomic features. The algorithm can be used as the full pipeline, as just a classifier, or as just a plant precursor sequence predictor

The executibles for PIPmiR v1.1 can be downloaded here. (View the README file)
Note: PIPmiR is provided for academic use only, if you wish to use it in another setting please contact Uwe Ohler.

Update (v1.1)
I have now included the ability to generate and specify your own classifier training file.

The algorithm was initially developed as a series of perl scripts.
The JAVA implementation mentioned above has been tested and is much easier to use. However, if you find a bug, please don't hesitate to contact us.

The code can be found at https://bioconda.github.io/recipes/pipmir/README.html