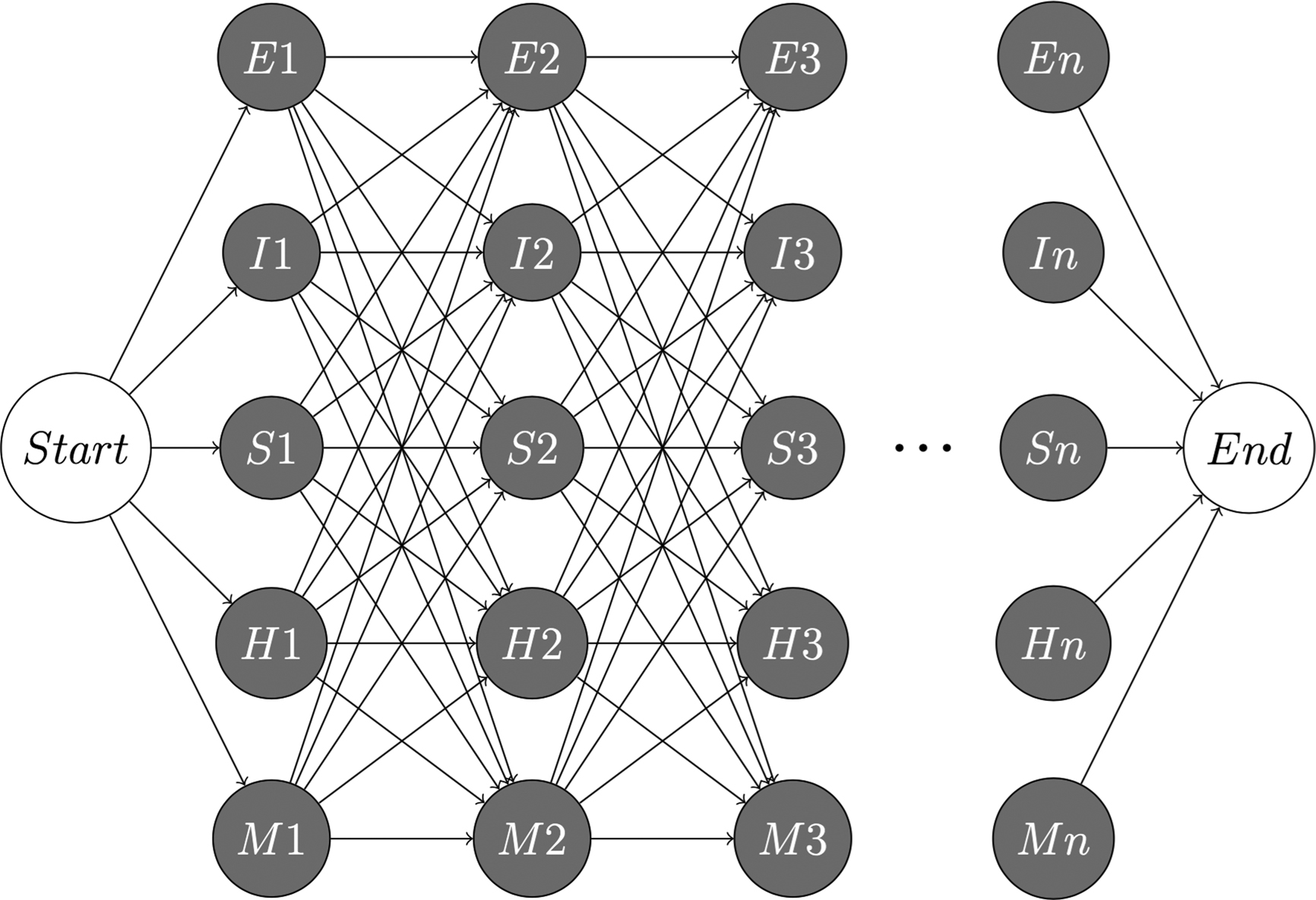 Topology of the ssHMM. Each combination of binding site position (columns) and structural context (rows) is represented by one state. The structural contexts are E(xterior), I(nternal or bulge), S(tem), H(airpin) and M(ultiloop). Note that every transition in the model proceeds immediately to the next binding site position and that exactly n nucleotides are emitted by the HMM from Start to End.

RNA-binding proteins (RBPs) play an important role in RNA post-transcriptional regulation and recognize target RNAs via sequence-structure motifs. The extent to which RNA structure influences protein binding in the presence or absence of a sequence motif is still poorly understood. Existing RNA motif finders either take the structure of the RNA only partially into account, or employ models which are not directly interpretable as sequence-structure motifs. We developed ssHMM, an RNA motif finder based on a hidden Markov model (HMM) and Gibbs sampling which fully captures the relationship between RNA sequence and secondary structure preference of a given RBP. Compared to previous methods which output separate logos for sequence and structure, it directly produces a combined sequence-structure motif when trained on a large set of sequences. ssHMM’s model is visualized intuitively as a graph and facilitates biological interpretation. ssHMM can be used to find novel bona fide sequence-structure motifs of uncharacterized RBPs, such as the one presented here for the YY1 protein. ssHMM reaches a high motif recovery rate on synthetic data, it recovers known RBP motifs from CLIP-Seq data, and scales linearly on the input size, being considerably faster than MEMERIS and RNAcontext on large datasets while being on par with GraphProt. It is freely available on Github and as a Docker image.