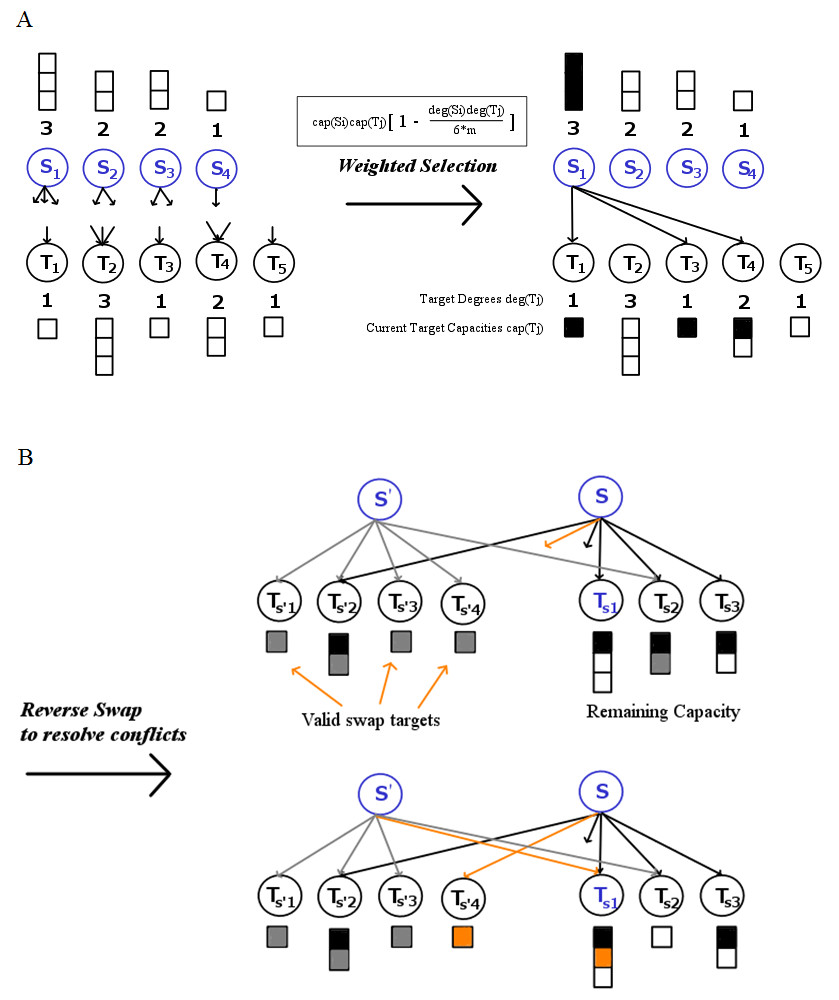 In this study we present WaRSwap (Weighted and Reverse Swap sampling), a network randomization method that for the first time provides a practical algorithm for network motif discovery in large multi-layer networks that include Transcription Factors (TFs), microRNAs (miRNAs), and non-TF protein coding genes. The algorithm is applicable to systems with tens of thousands of genes, while accounting for critical aspects of regulatory networks, including self-loops, large hubs, and target rearrangements. We apply the method on a network from Arabidopsis thaliana, a particularly amenable model organism for which we identify all significant 2-and 3-node motifs. Because our method is applicable to circuits with self-loops, we identify prevalent autoregulatory gene circuits long associated with developmental patterning. Among motifs containing both TFs and miRNAs, the miRNA-mediated feed forward loop is a predominant theme, but our results suggest that this pulse-generating circuit may be specific to tightly regulated TF and miRNA binding. Finally, we identify a gene circuit capable of creating a sustained input switch for a downstream TF or miRNA that is robustly embedded into the structure of our biological network. Our analysis supports the hypothesis that sub-circuits associated with development are dominant across large multi-cellular genetic systems because of the need for reliable spatio-temporal pattern formation in complex organisms.

WaRSwap Code
We provide our implementation of the WaRSwap algorithm in R as publicly available open source code under the GNU Public License (GPL).